The Day of the Dead

The Day of the Dead (Spanish: “Día de Muertos”) is a Mexican holiday celebrated throughout the country, in the Central and South regions in particular, and by Mexicans living in other countries, especially the United States. The Day of the Dead is a holiday acknowledged internationally in many other cultures. The multi-day holiday focuses on gatherings of family and friends to pray for and remember friends and family members who have died, and help support their spiritual journey. In 2008 the tradition was inscribed in the Representative List of the Intangible Cultural Heritage of Humanity by UNESCO.

This holiday is held on November the 1st and 2nd, although in some places it starts on October 31st, coinciding with the Catholic celebrations of “All Souls Day” and “All Saints Day”.
The attitude on the Day of the dead is very relaxed, similar to Halloween, with more emphasis on the celebration while also honoring the lives of the deceased.

The origins of the celebration of the Day of the Dead in Mexico can be traced to the era of the natives of Mesoamerica such as the Aztecs, Mayans, Purepecha, Nahua and Totonac. These civilizations have practiced celebrative rituals for their ancestors for at least the last 3,000 years. In pre-Hispanic era it was (a) common practice to keep skulls as trophies and display them during the rituals to symbolize death and rebirth. 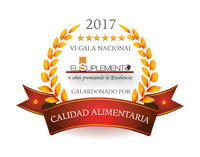